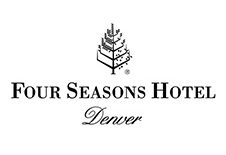 CHALLENGE
To sell 30 private residences with an average cost of $2 million during an economic recession.

STRATEGY
Knowing that the target audience we were seeking would be purchasing these private residences as a second home, we identified our geographic market as Denver, Vail and Aspen. The campaign kicked off with a direct mail letter to highly qualified prospective buyers. At the height of the media campaign, the plan included high end magazines and newspapers as well as :60 radio and a digital campaign, which started with a paid search buy and included a display campaign on publisher specific websites as well as behavioral targeting.

We capitalized on those already coming to Colorado to the upscale ski resorts by targeted those markets with media buys in mountain magazines, newspapers and national public radio.